A person who "exercises" by hitting his head on a tree 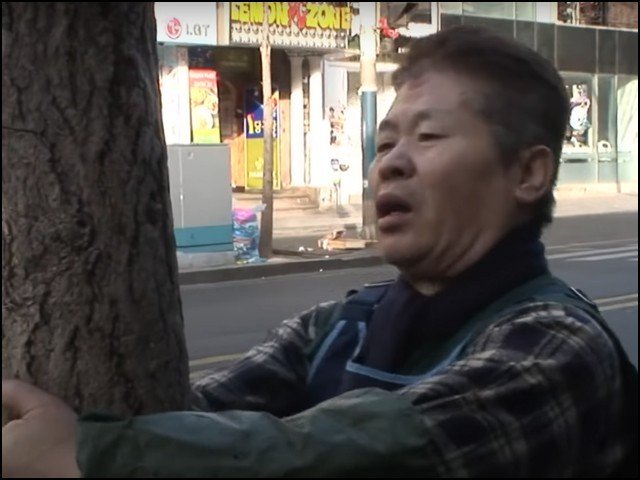 Joel: This man is the center of attention of the people who come and go every day when he is banging his head hard on a tree growing on the sidewalk. Many times during this time he starts bleeding from his forehead but he does not care and keeps hitting his head on the tree.

A few days ago, a local South Korean television station aired a story about a cobbler living in the South Korean capital, Seoul, which surprised people at first and then sparked a public debate as to whether the man was doing the right thing. Wrong.

The man told the TV correspondent that for the past five years, his head and body have been hitting the tree in the same way because this "exercise" makes him stronger. During the video clip, the man started bleeding from his head and the reporter tried to stop him but he did not stop and continued to hit the tree with his head. "It's normal and the blood is coming out just because of the skin," he said.


He told the reporter that he was a boxer in his youth and wanted to make boxing his career, but since he got married, he had to give up his hobby and work as a cobbler to support his wife and children. He could not even afford a training center or gym due to poor financial conditions.

Nevertheless, he started this "exercise" five years ago to keep his hobby fresh. In this way he makes himself feel that he is still ready for boxing.

After watching this video, many people have ridiculed him and called him a fool, while some people have expressed sympathy for him and asked him to stop climbing from a tree, lest he lose his mind. Any internal injuries.
by UrduFeed at May 18, 2020
Share:
Tags Interesting
Subscribe to: Post Comments (Atom)